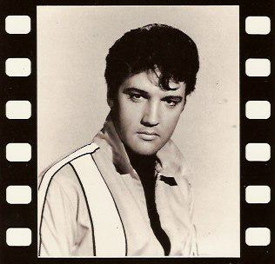 • Elvis in November: A list of important events that occurred in November during the life and career of Elvis Presley

November 11, 1957 — Elvis performed his final concert of the 1950s at Schofield Barracks in Hawaii. All tickets sold for $1.

• November was “Elvis Movie Month” during the King’s Hollywood career

Throughout Elvis’ movie career, November was the month Hollywood studios most often chose to release his movies to theaters nationwide. Knowing that teenagers were Elvis’s core movie-goers, the studios often chose November to take advantage of the Thanksgiving and Christmas school vacation periods. (Around Easter vacation in the spring was the second most popular time to release Presley films.) Following is a list of the 13 Elvis movies released nationwide in the month of November.

• Elvis in November: Anecdote #1
Presleymania reached its peak in November 1956

Elvis Presley’s breakout year was 1956, as every Elvis fan knows. However, it wasn’t until November of that year, after his first two appearances on The Ed Sullivan Show, that the stampede began among merchandisers to capitalize on the Presley phenomenon. On November 3, 1956, Variety detailed some of the craziness.

At the time RCA reported that sales of Elvis’ “Don’t Be Cruel”/”Hound Dog” single had reached 2.6 million copies in the U.S. alone. Over 1.8 million copies of his new single, “Love Me Tender,” had already been shipped.

The record company was selling more than Elvis records in 1956, though. That November it started shipments of its Elvis Presley portable record player. The player featured Presley’s autograph stamped in gold on the top cover of the simulated blue denim case and could be purchased in two different packages. A four-speed model came with a two-pocket Elvis extended play record for $32.95. The second offer included an automatic 45 r.p.m. player with a three-pocket EP album for $44.95.

Variety also reported several other tidbits of Presleyana on November 3. The Leonet Corporation in New York was granted an exclusive license for the sale of Elvis Presley scarves. Besides a silk-screened image of Elvis, they carried the titles of his hit records. An Elvis letter-writing contest run by station WAIT in Chicago drew a total of 1,099,127 pieces of mail in two weeks. Two teenagers won prizes for delivering 136,600 and 127,825 letters respectively to the station. Finally, although RCA officials denied any connection with its Presley meal ticket, the company started closing its New York 24th Street offices at 5 p.m., thus shortening their employees’ workweek by 2½ hours. Record companies with less hit records continued to work until 5:30.

There were many stories printed about couples arguing over Elvis back in the 1950s. This next one, printed in the Honolulu Star-Bulletin on November 11, 1957, has got to be one of the most bizarre.

“A 40-year-old Kaneohe mother of two is in Queen’s Hospital today after her husband stabbed her Saturday night when she kidded him about going to Honolulu to welcome singer Elvis Presley. Asked if she wanted to press charges against her 50-year-old husband, the woman laughed and said, 'It was just a family argument,' police said.”

• Elvis in November: Birthdays of Prominent People in Elvis’ World

• Elvis in November: A November quote from Elvis Presley

“Right now I’d like to get married, but the older I get, the more choosy I become. To me right now the most desirable characteristics in a girl are a sense of humor, understanding and loyalty. I’ve dated quite a few girls, and women with those qualities are mighty hard to find, especially understanding.” — Parade magazine, November 4, 1962.

A compilation of important dates, events, birthdays, and anecdotes from the month of November during the life and career of Elvis Presley