"Elvis Is Back!"
The Historic 1960 Sessions Restarted His Career

“Well, the first thing I have to do is to cut some records.”

That was Elvis Presley’s response to a question about his immediate plans now that he was a civilian again. Amid a snowstorm of press coverage, he had been released from the army just two days earlier at Fort Dix, New Jersey. The pressure was on Elvis to get back into show biz and to do it quickly. The last time he had been in a recording studio was June 10, 1958, during a two-week furlough after his army training. RCA had spread out the release of the handful of songs he cut that day to cover the 21 months remaining in Elvis’ army hitch. By the time of his discharge, though, the Presley pipeline at RCA had run dry, and the label wanted its star performer back in the studio as soon as possible. 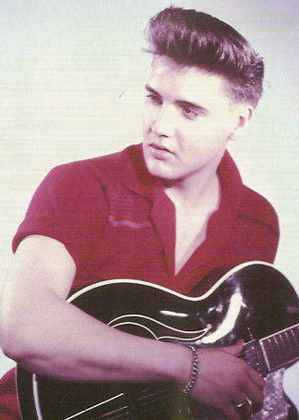 While he was still in Germany, Colonel Parker and RCA executives Steve Sholes and Bill Bullock had been carefully planning the coming critical sessions. They later reserved the Nashville studio for two separate dates — March 20 and April 3, 1960. (The break in recording was needed so that Elvis could be in Miami on March 26 for the taping of Frank Sinatra’s TV special.)

• Would Elvis change his style?

The big unknown in the entertainment industry, and somewhat even for Presley, was the type of tunes he would record after a two-year absence from the recording studio. During interviews in Germany prior to his discharge, Elvis announced that he would stick with the music that made him famous. “I’ve no reason to change,” he explained. “It’s probably going to be rock ’n’ roll again.” Still, he had some doubts. “I guess maybe it’s possible that the style has changed,” he admitted, “but I really don’t know about that.”

Some of Presley’s fellow entertainers expected him to adapt to recent trends in popular music. A month before Elvis’ discharge, Johnny Cash told a reporter, “The rock ’n’ roll type singing he did before going into the service isn’t popular anymore. He’ll just have to adjust to the new style. He shouldn’t have any trouble. He’ll probably sing Frank Sinatra type melodies.” In turn, Sinatra advised Elvis to trust his instincts. “I get the feeling he really believes in what he’s doing. I don’t think he needs the gyrations as much as he did. He’s established now.”

The general expectation across the industry was that Elvis could handle any needed change in style. Billboardwriter Bob Rolontz predicted, “Now that the music scene has somewhat shifted toward smoother ballads, there is little doubt that Elvis can handle these as well as the frantic stuff.” RCA general manager George R. Marek agreed. “Presley is enough of a good and innate showman to spring something new in his repertoire.”

With that in mind, a variety of songs were gathered for Elvis’ approval at the critical Nashville sessions. At Hill & Range Music, Freddy Bienstock had been put in charge of gathering new songs for Elvis to record. Some writers who had written for Elvis provided new material. They included Otis Blackwell, Aaron Schroeder, and the team of Ben Weisman and Fred Wise. Some new H&R writers, most prominently the team of Doc Pomus and Mort Shuman, also provided songs especially written for Elvis. Bienstock had a stack of demonstration acetates ready for the singer to review in Studio B. 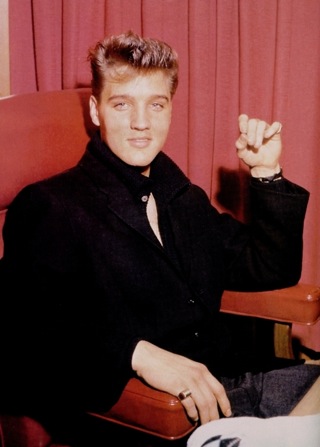 A seething dispute with Colonel Parker prevented Jerry Leiber and Mike Stoller, who had composed many of Presley’s most well known pre-army songs, from presenting new material. However, “Dirty, Dirty Feeling,” a Leiber-Stoller rocker originally intended for the King Creole soundtrack, was still available.

Elvis came to the session with his own list of titles that he had compiled during his deployment in Germany. “My friends in the states sent me clippings and the latest recordings to let me know what’s going on back home,” he explained. (In fact, reportedly 2,000 phonograph records were among the items in the two dozen trunks that Elvis shipped home from Germany.) Elvis still had a preference for old rhythm and blues numbers, including “Soldier Boy,” a hit for the Four Fellows in 1955; “Such a Night,” a 1954 hit by the Drifters; and “Reconsider Baby,” written and recorded by Lowell Fulson in 1953.

There was another song destined for the Elvis Is Back! sessions that combined both old and new elements. In Germany, Elvis reportedly told Colonel Parker that he liked “There’s No Tomorrow,” which was based on “O Sole Mio,” an Italian tune dating back to the turn of the century. On returning to New York, Freddy gave the job of writing new English lyrics for the old melody to H&R writers Aaron Schroeder and Wally Gold. “It’s Now or Never” was high on Elvis’ list of priorities for his first post-army sessions.

Finally, if possible, Elvis wanted to help out a couple of his friends by recording music they favored. Scotty Moore offered “The Girl Next Door Went A-Walking,” written by Thomas Wayne, a singer-songwriter Scotty had worked with while Elvis was away. Also, Elvis wanted to work Charlie Hodge, an army buddy, into the session somehow. Their duet on “I Will Be Home Again” was one of the last songs recorded at Studio B on April 3.

RCA had lined up Nashville’s A-list musicians to work with Elvis. They included Hank Garland on electric bass, Bob Moore on bass, Buddy Harman on drums, Floyd Cramer on piano, Boots Randolph on saxophone, and the Jordanaires on vocals. Both Colonel Parker and Steve Sholes thought Presley’s old band members Scotty Moore and D.J. Fontana would just slow things down, but Elvis insisted that both be included. (Bass player Bill Black had his own combo by then and wasn’t interested in working with Elvis.)

RCA’s new chief engineer Bill Porter was there to work the board. Recording technology had made a giant leap forward during Elvis’ absence. Ernest Jorgensen explained in his book on Presley’s recording sessions. “This would be the first time Elvis was recorded on a three-track machine, giving more space to each player (as well as a separate track for Elvis’ voice) and making real stereo records possible. For a group of sophisticated players like this, three-track was a distinct advantage: The music they made could be reproduced in finer detail.”

On the evening of March 20, 1960, all of the principals assembled at RCA’s Studio B in Nashville. Elvis, along with Scotty Moore, D.J. Fontana, Bitsy Mott, and Freddy Bienstock, left Graceland at noon on a chartered bus for the drive to Nashville. Waiting for them in the studio were the other musicians, along with Colonel Parker, Sholes, and Bullock. After sending out for hamburgers and renewing old acquaintances, Elvis started work on his first recording session in nearly two years.

The session was private, of course, but an outside eavesdropper told a Nashville writer that one recording, “was a pure Presley type rock and roll tune,” and that he sounded “just like the pre-Army Elvis.”

From the six recordings made during the 11-hour session, “Stuck on You” and “Fame and Fortune” were chosen for the two sides of Elvis’ first post-army single. After a record-setting production effort, the label began filling the 1,275,077 pre-orders in just a few days. Since the song titles for the new single were unknown to RCA ahead of time, a picture sleeve had been designed and printed without the song titles. Within hours after they were recorded, the master tapes of the two songs were flown to New York on Monday morning, March 21. The master platters were ready that afternoon, and the next day they were on production turntables at RCA plants in Rockaway, New Jersey; Indianapolis, Indiana; and Hollywood, California. On Wednesday, March 23, RCA began shipments to distributors and some retailers.

The March 20 and April 3 sessions resulted in the most artistically and commercially successful recording effort of Elvis’ career. The mix of pop, rock, and blues numbers demonstrated Presley’s ability to deliver in multiple music genres. Presley biographer Peter Guralnick declared, “There was nothing on the session that could not be said to be of a very high standard.” For the record, 18 songs, enough for three single releases and a twelve-track album, were completed.

The remaining 12 recordings from Elvis’ first post-army sessions were packaged in the Elvis Is Back! LP, shipped by RCA on April 8, just four days after the last of the tracks had been recorded. In its initial release, about 300,000 copies of the album were sold, which turned out to be a bit of a disappointment for RCA officials.

• Mixed reviews for Elvis Is Back! LP

Billboard gave Elvis Is Back! a thumbs up in its “Spotlight Winners of the Week” column on April 25. “About the only thing necessary to say about this new album is that dealers should stock it in quantity. Elvis is back — and singing better than ever in the rock and roll style he made famous. His rendition of ‘Fever’ is a classic, and his performances on ‘Dirty, Dirty Feeling,’ ‘Soldier Boy’ and ‘Such a Night’ are very exciting.”

Not all reviews were positive, however. Writing in The New York Times on May 8, John S. Wilson didn’t dig the new Elvis. “Rumors have been coming back from Germany that we would hear a new, matured Presley when he had finished his Army stint … As the numerous pictures that cover the sleeve attest, the sideburns are gone but the features cleared to view show no signs of advancing maturity. Nor do his conceptions as a vocalist seem to have progressed. In fact, the vivacity that contributed to the surface excitement he once generated is largely missing from these performances, leaving them strangely drab and lackluster.”

Such isolated criticism was muted, however. All of those who really mattered were thrilled with the results of the Elvis Is Back! sessions. Colonel Parker’s hopes that his client would make a successful transition into pop’s mainstream were realized. Steve Sholes and the other anxious execs at RCA relaxed, knowing the label’s premier recording artist had returned stronger than ever. Elvis’ fans welcomed him home and made him the biggest-selling singer of the year. Finally, and surely most important of all, Elvis himself realized that his fears, openly expressed during the army years, of being forgotten amid new musical trends were unfounded.

In 1957, Frank Sinatra had been cautious in assessing Elvis as a singer. “Presley has no training at all,” Sinatra explained then. “He has a natural, animalistic talent. When he goes into something serious, a bigger kind of singing, we’ll find out if he is a singer.” With his performances during the Elvis Is Back! sessions in early 1960, Elvis Presley demonstrated that he could be any kind of singer he wanted to be. | Alan Hanson, © 2019

“I’ve no reason to change. It’s probably going to be rock ’n’ roll again. I guess maybe it’s possible that the style has changed.”