An Elvis Catechism & a Fortune Cookie:
A Look at “The 24-Hour Church of Elvis”

On my flight home from Elvis Week 2008 in Memphis, I sat next to a man who was headed west to visit his father in Oregon. After I mentioned I had written a book about Elvis, he told me his mother was a devoted Elvis fan. He explained, “She thinks there have only been two perfect humans who have walked on the earth—Jesus and Elvis.” 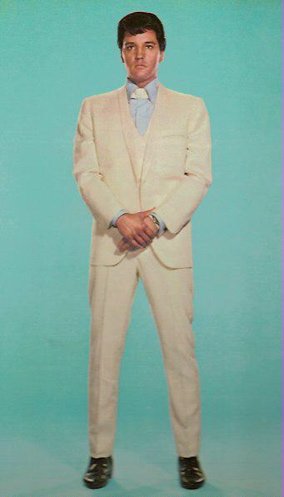 While even the most fervent of Elvis fans surely wouldn’t go that far, I’ve met many who worship him with what approaches religious devotion. And as our plane landed in Portland, I was reminded of one of that city’s most unusual institutions—“The 24-Hour Church of Elvis.” It was widely listed as an out-of-the-way, quirky destination in the city by most Portland and Oregon guidebooks. Check out the examples below:

From “Hidden Oregon” (Ulysses Press, 2001): “The ultimate store-front parish fuses religion, rock and metaphysics in a multimedia window presentation likely to keep you plunking quarter after quarter into the church’s coin slot. Yes, it’s cash up front to get the ministerial computer rolling and set up your direct line to Graceland.”

If that leaves you confused about “The 24-Hour Church of Elvis,” you’re not alone. To get a handle on it, we have to go back to the beginning. The church was opened in 1989 by self-styled celebrity spokesmodel and minister Stephanie G. “Stevie” Pierce in Portland’s Oldtown district, just north of the city center. The free-spirited Pierce came to Portland after dropping out of the rat-race. (She earned a law degree from Georgetown University and had worked as a corporate attorney for AT&T.)

Pierce offered a number of displays and services for Elvis fans who made their way to her store-front church. They could view Elvis’s likeness on a tortilla chip and watch “The Miracle of the Spinning Elvises.” Pierce also offered a sermon by Elvis, the complete Elvis catechism, and Elvis fortune cookies. An excerpt:

“Renowned for your sneering luscious lips and your sinuous pelvic swivel, you became very fat and bloated late in life and fond of vinyl fringe jumpsuits. You may actually still be alive and living in Michigan.”

The facts are, though, that “The 24-Hour Church of Elvis” was not open 24 hours and was light on Elvis offerings. It also featured $1 weddings, the World’s Cheapest Psychic, a diet center and breast enlargement clinic, and a Bionic Woman Repair Station/Beauty Salon.

The pseudo-church made the news occasionally. An Illinois radio station broadcast the wedding of a Chicago couple in the church in 1990. Then, in 1992 Pierce lived for a time in the church’s storefront window to raise money to pay off a $6,000 student loan.

“It was just so neat in those days,” recalled Portland café owner, Suzanne Hale. “It was a real draw for all kinds of trippy performance artists.”

Somewhere along the way, Pierce moved the church into the downtown area. There she gave free guided tours, which ended with a pitch for Church of Elvis t-shirts, refrigerator magnets, and other assorted souvenirs to help pay the rent.

Sales were thin, though, and Pierce soon fell a few months behind on her rent. Then one summer day, she threw her computer out of the church’s second story window onto the sidewalk below. A spectator reported that Pierce then emerged from the church, threw her computer to the sidewalk again, and “howled like a hound dog at drivers and pedestrians.”

The end came soon afterwards. The Portland Tribune reported in November 2001 that Pierce was spotted loading her belongings into a U-Haul truck. The Oregonian stated in 2002 that, “The church flamed out faster than a hunka, hunka burnin’ love.” On January 6 of that year, the Multnomah County Circuit Court issued an eviction notice to Pierce, who had fallen $12,000 behind in rent payments. To this day, nobody in the area seems to know where she is or how to contact her.

The guidebooks were slow in removing references to the church, with the result that for several years the Presley faithful, up to 20 per week in the summers, continued to make their way to 720 SW Ankeny Street in Portland. Instead of finding the “The 24-Hour Church of Elvis,” however, the building had a greater resemblance to “Heartbreak Hotel.”

• Pilgrims still seek out Church of Elvis in Portland

In the summer of 2002, an Elvis fan from Tampa, Florida, wandered into a clothing store across the street from the old Elvis Church. “I’ve come all the way to visit the church,” he said to clerk Andi Bakos, who told him the place was closed. “I thought he was going to cry,” Bakos said. That same summer a half-dozen foreign tourists dropped into a downtown Portland restaurant to ask about the Elvis Church. They learned the bad news. “They were like, totally disappointed,” the restaurant owner told the Oregonian.

The guidebooks now have all purged themselves of any mention of “The 24-Hour Church of Elvis.” If you want to attend an Elvis religious service these days, you’ll have to do it in cyberspace. If you’re so inclined, you might try the “First Presleyterian Church of Elvis the Divine.” On their web site, the Australian house of Elvis worship invites internet pilgrims to, “Pull up a pew and get yourself a dose of spiritual enlightenment, Elvis-style.”

I consider myself a “devoted” Elvis fan, but viewing him as some sort of a messiah seems a little freaky to me. I think I’ll confine my “worship” to listening to his music and watching his movies. — Alan Hanson | © September 2008 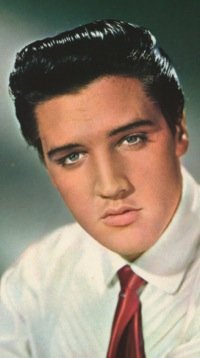 "The facts are that 'The 24-Hour Church of Elvis' was not open 24 hours and was light on Elvis offerings." 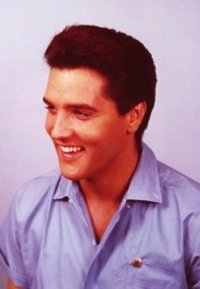