Has There Been a Reassessment
Of Elvis Presley’s Films?

Recently Encore’s family of cable movie channels has been showing two Elvis Presley films. The two offerings are contrasting examples of a “good” Elvis movie (Kid Galahad) and a “not-so-good” one (Frankie and Johnny). I didn’t watch them, of course, since I have DVDs of both films. I only mention it because it surprised me that Encore was airing any Presley picture at all. Was it recognition that Elvis’ movies are starting to be considered worthy enough to appear on major cable movie channels? OK, that’s a stretch, I admit. But it started me thinking that a reassessment of Presley’s Hollywood output might currently be in the works among cable programmers and viewers. 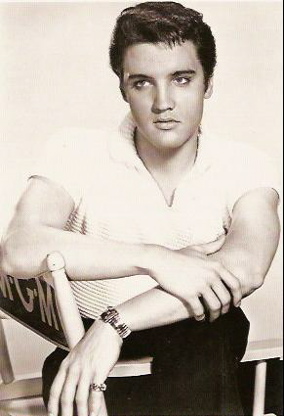 If so, the genesis of such a re-examination probably occurred in 2007, when nearly every Presley film was released on DVD by Viacom, Warner Entertainment, and 20th Century Fox. It was a boon for Elvis fans, but, more importantly, it gave serious movie analysts an opportunity to view and assess Elvis’ film work in its totality instead of piecemeal. As a result, in January 2010 reassessments of Presley as an actor began to appear in a smattering of U.S. newspapers, including The Los Angeles Times. And on January 8, 2010, what would have been Elvis’ 75th birthday, Turner Classic Movies (TCM) aired a 20-hour “King-a-thon” of 11 Presley films.

Before considering the effect of these recent events, however, let’s go back and consider the lowly status of Presley’s films at the time of his death in 1977. When Elvis left Hollywood for the Las Vegas stage in 1969, both his fans and the general movie viewing public seemed willing enough to leave his 31 theatrical films in the past. By the summer of 1977, Presley’s films were so little in demand that United Artists, which then controlled theatrical rights for many of Elvis 14 MGM titles, was renting them out to theaters at the cut-rate price of $50 per showing.

In a New York Times article on August 17, 1977, Molly Ivins provided the following generally accepted assessment of Elvis’ combined Hollywood output. “He made 28 films, virtually every one of them frivolous personality vehicles, and nearly all of them second-rate at best.”

Of course, immediately after Elvis’s death, theaters all over the country besieged distributors with orders for Presley films. Variety reported in its August 24, 1977, issue that, “The death of Elvis Presley last week in Memphis has ignited interest in the late rock star’s films, existing prints of which are being snapped up by exhibitors around the country, as well as by colleges and other sources—including prisons.” 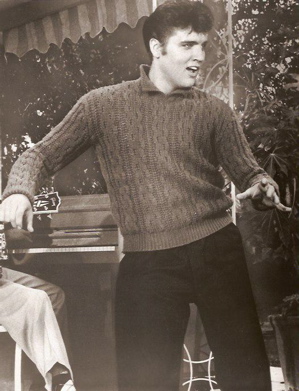 United Artists figured to cash in by raising the rental rate, but distributors soon realized that they couldn’t even begin to meet the demand. It turned out that only about 100 prints existed of all the Presley MGM films, and many of them had already been booked for the next few months at the bargain-basement $50 rate.

“I’ve never seen this kind of translation from public event to film rental,” said New York film sales company vice-president Seth Willenson at the time. “In my 10 years in sales, the death of no star has provoked this kind of interest in old films. That includes the death of Marilyn Monroe in August 1962.”

While United Artists scrambled to meet the demand for Elvis’ MGM films, theater owners were having trouble determining exactly who owned the nine Paramount titles, which included King Creole, G.I. Blues, and Blue Hawaii. The studio explained their rights to the films had lapsed some years back to producer Hal Wallis, who was out sailing west of Hawaii when Elvis died. When Variety tracked down Wallis’s former partner, Joseph Hazen, he revealed that he and Wallis had sold the rights to all their Presley films to Viacom. “They could show them theatrically, in cassettes, on TV, in syndication,” explained Hazen. “They can eat them if they wanted to. They own them outright.”

As happened with the sudden rise in demand for Presley records at the time, film distributors worked day and night until the requests for Elvis films were met. Variety then observed that, “Now it’s sit back and wait at the nation’s box offices, as well as in the non-theatrical outlets to see if the Elvis boomlet fades or turns into a groundswell.” Film sales executive Willenson added, “What we do with this depends on that. If it builds, we’ll repackage with a special promotion and raise our prices … If it doesn’t, Elvis will go back into the catalog with a lot of other great stars who rent out flat in the hereafter.”

Of course, that first opportunity for Elvis’ films, or at least some of them, to earn classic status fizzled out. Soon the whole lot went back into the vault, where critics generally agreed they should remain. Presley’s legacy seemingly would have to rest solely on his music (minus the soundtrack rubbish, of course), which held up well in the eyes of music industry experts through the years. 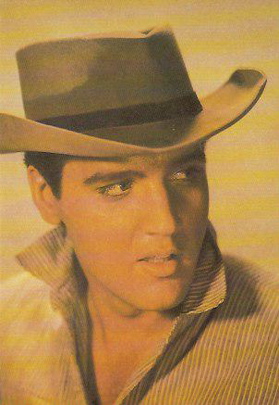 In his Los Angles Times article of January 5, 2010, Mark Olsen explained how Presley’s music had overwhelmed his movies in significance. “Elvis Presley’s gifts as a singer, producer and arranger, as an interpreter of emotions, likely made a step toward acting seem part of a natural progression,” Olsen allowed. “But his stirring musical vision—his daring and imaginative blend of country, pop, gospel, R&B and rock ’n ’roll—rarely found an analogous expression in the 31 narrative films he made in Hollywood.”

However, Elvis’ 75th birthday in 2010 prompted Olsen, along with a few other entertainment writers, to reassess Presley’s Hollywood era and assign it an appropriate place in the entertainer’s legacy. Olsen started by stating the obvious. “Any consideration of Elvis movies must acknowledge that there are a lot of duds, lighthearted but workmanlike romps with such titles as ‘Tickle Me,’ ‘Easy Come, Easy Go’ and ‘Kissin’ Cousins’ that Presley mugged his way through half-heartedly. All the danger, sex appeal and implicit rebellion of his early career was neutered or, at best, put into neutral by these shameless products, among the earliest instances of multi-platform branding and synergy whereby movies and records simultaneously promoted each other.”

Yet, Olsen correctly concluded that while most of Presley’s films should be shelved permanently for mass markets, not all of them deserved to be. “Within his body of often-dismissed films there is a submerged narrative of unrealized potential and unexplored talent,” Olsen declared. “Amid the flotsam are films with talented directors and actors in which Presley showed glimpses of startling sincerity and emotion, a true actor in the making.”

Of course, Olsen’s point begs an often-pondered question, one that Olsen himself made no attempt to answer: Which Presley films are flotsam to be forgotten and which are pearls to be remembered? Since the former group is clearly much larger than the latter, the obvious challenge is to identify the Presley films worthy of remembrance. 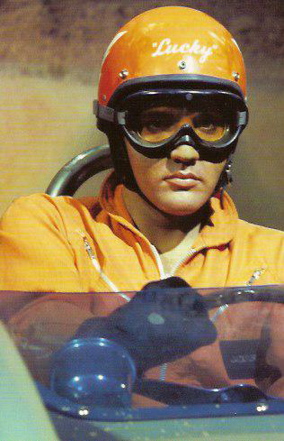 “Believe it or not, Elvis Presley actually made some good movies.” That’s how Gary Susman introduced his list of “The 10 Best Elvis Presley Movies” on the respected film web site movie-fone.com. “It’s time to reexamine the conventional wisdom that Elvis’ movies are a part of his career that’s best forgotten. Turns out Elvis really could act, if he had a decent director and script and not too many sugary songs to sing.”

10. Girl Happy (1965): “Piffle, but entertaining piffle. Proof of how much star power and pure entertainment value Elvis could radiate, even in one of his more perfunctory vehicles.”

9. Live a Little, Love a Little (1968):“Most Elvis movies with all their squeaky-clean vaudeville spectacle, seemed an anachronism in the revolutionary 1960s. Not this one … Elvis is actually shown in a woman’s bed and he even has a psychedelic freak-out.”

8. This Is Elvis (1981): “A warts-and-all account of the King’s career. The movie uses actors for voiceovers and reenactments of pivotal moments in Presley’s life … controversial and groundbreaking at the time.”

7. Viva Las Vegas (1964): “Elvis found his greatest leading lady in Ann-Margret, the only one in all his musicals who could compete with him in showmanship, raw sex appeal, and hip-shaking moves.”

6. Wild in the Country (1961): “Elvis’ most underrated movie is also his least musical and contains one of his most dramatic performances. The movie’s failure at the box office crushed Elvis’ dreams of becoming a serious thespian.”

5. Flaming Star (1960): “In another strong, largely non-musical performance, Elvis stars in this revisionist Western as a biracial man torn between his white and Kiowa heritages.”

4. Elvis on Tour (1972): “This concert film shows Presley at the beginning of the fat-Elvis hunka-hunka-burnin’-love period, but he’s still a riveting stage performer with tremendous vocal chops and charisma to burn.”

3. Elvis: That’s the Way It Is (1970): “Elvis was still at the top of his game during the filming of this backstage doc, the best of Elvis’ theatrically-released concert films.”

2. Jailhouse Rock (1957): “In Elvis’ third film, he truly came into his own as a screen performer. There’s more dramatic grit than usual in this tale of a short-tempered ex-con whose gift for music brings him both fame and heartbreak.”

1. King Creole (1958): “Elvis longed to be another James Dean, and in this gritty drama of vice and corruption in New Orleans, he nearly got there. Elvis’ edgiest screen performance also features some of his rawest-rocking tunes.”

Such lists are subjective and personal, but the point is that Elvis Presley made some commendable films. We Elvis fans can always view our favorite Elvis “duds” in the privacy of our own homes. But if Elvis’s entertainment legacy is ever to include a Hollywood element, it must rest with a handful of feature films that have lasting relevance for past, present, and future generations.

So, has the reassessment of Elvis Presley’s films, offered by Mark Olsen and others in January 2010, gotten any traction with film critics and viewers? Perhaps it’s too early to tell; after all it was first suggested just 15 months ago. But alas, I see no indication that it has. Two Presley films on Encore’s cable channels is not enough to convince me that the general dismissive attitude about Elvis’s movies has changed. The Presley film faithful will just have to be patient and hope that someday Elvis Presley will take his rightful place in the Hollywood firmament. —Alan Hanson | © April 2011

"If Elvis’ entertain-ment legacy is ever to include a Hollywood element, it must rest with a handful of feature films that have lasting relevance."