Mark Bore, who works with the website Overstock.com, sent me the following message through elvis-history-blog.com in August 2011:

“I work with O.co also known as Overstock.com. August 10th-16th is National Elvis week. We have an infographic with fun and interesting facts about Elvis. I believe the infographic will benefit your viewers. If this is something you would be interested in, please feel free to use the infographic on your blog.”

I did, indeed, find the Overstock.com Elvis infographic interesting, and so I’m taking Mark up on his offer and reproducing it below. 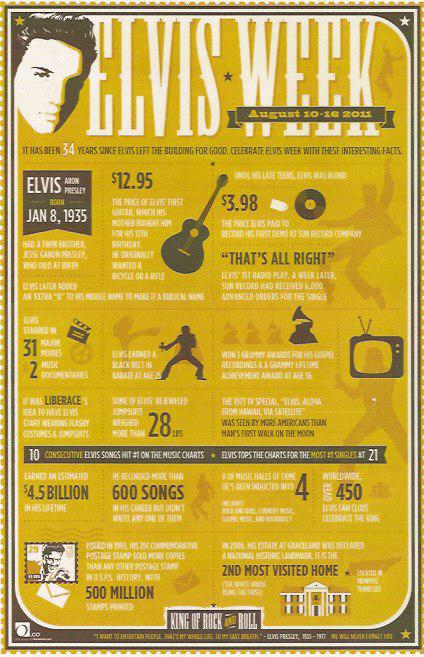 Artistically, the above infographic is certainly appealing. And, as an Elvis fan, I certainly appreciate and believe Presley deserves any positive recognition he receives during that time of year when we mark the anniversary of his death. At the heart of the graphic, though, is the list of Elvis trivia it contains.

A group of sources for the trivia list was provided below the graphic. It included Elvis.com, Scotty Moore’s website, Factoidz.com, Imdb.com, Oldies.about.com, and Wikipedia.org. For its infographic, however, Overstock.com also borrowed heavily from an article entitled, “Elvis: 30 Weird and Wonderful Facts,” which was posted on the Belfast Telegraph’s UK website in 2007. Since author Ed Ceaser provided absolutely no sources for his “30 Weird and Wonderful Facts,” the infographic above is a perfect example of one of my pet peeves about Elvis and the internet—dubious information posted on the net eventually earns unwarranted credibility when picked up by a legitimate website, in this case Overstock.com.

In Overstock.com’s defense, its infographic was preceded by the following introduction/disclaimer, which acknowledged that some of the trivia in the graphic might not be completely true:

“Did you know that this week is Elvis Week? It has been 34 years since Elvis left the building for good. Fry up a peanut butter and banana sandwich and celebrate Elvis Week with these interesting facts (and urban legends—many Elvis experts say that Liberace is not responsible for Elvis’ jumpsuits) about The King of Rock and Roll.”

Let’s take a look, then, at some of the Elvis trivia that Overstock.com used in its infographic and see if we can separate the facts from the urban legends.

• He recorded more than 600 songs in his career but didn’t write any one of them.

Although Colonel Parker demanded and got co-writer credit for Elvis on some early recordings, such as “Don’t Be Cruel” and “Love Me Tender,” it’s well known that Elvis didn’t write a note or lyric of those songs. However, he is legitimately recognized as an co-writer of at least one of the more than 600 songs he recorded. That one is “You’ll Be Gone,” on which he collaborated with close friends Red West and Charlie Hodge. It was released as a single in 1962, but never made Billboard’s “Hot 100.”

• Elvis later added an extra “A” to his middle name to make it a biblical name.

Long-time Elvis associate Marty Lacker says that in 1966 he asked Elvis why his middle name was spelled with just one “A” when the name is spelled with 2 “A’s” in the Bible. Elvis responded that it was because, “back when I was growing up, a lot of people around Tupelo didn’t spell right.” Lacker said Elvis then turned to his father and said, “As a matter of fact, Daddy, from now on, I want my name written with two ‘A’s,’ especially on legal documents.” So, while his middle name on his birth certificate was written as “Aron,” it appears on his gravestone at Graceland as “Aaron.” (Source: Revelations From the Memphis Mafia, Nash, Fike, Smith, Laker, 1995)

• It was Liberace’s idea to have Elvis start wearing flashy costumes and jumpsuits.

Overstock was right to question the truth of this one. I’ve never read or heard anywhere that Liberace had anything to do with Elvis’s jumpsuits in the seventies. However, the gold suit that Liberace was wearing when Elvis caught his act in Vegas in 1956 very probably gave the Colonel and Elvis the idea for the famous gold lamé suit that Elvis wore in 1957.

• 10 consecutive Elvis songs hit #1 on the music charts – Elvis tops the charts for the most #1 singles at 21.

To which “music charts” does this statement refer? Certainly not any of the major American charts, such as those in Billboard and Cashbox. The most consecutive #1 singles Elvis had on the “Hot 100” was 5, and the total number of #1s he had on Billboard’s singles chart was 14.

• Until his late teens, Elvis was blond.

According to Elvis’s cousin, Billy Smith, “His natural hair was blond to brown, but he dyed it bright blond for a real short spell.” It was for his 1957 film Loving You that Elvis first dyed his hair black. (Source: Revelations From the Memphis Mafia)

• The 1973 TV special, “Elvis: Aloha from Hawaii, Via Satellite” was seen by more Americans than man’s first walk on the Moon.

How anyone could actually make this statement with a straight face is beyond me. When Neil Armstrong first stepped on the moon on July 20, 1969, there were only three national TV networks, and all of them were broadcasting the moon walk. Every American who was watching TV that day was watching the moon walk. There was no other choice. Elvis’s 1973 “Aloha From Hawaii” special was broadcast on just one network, and Nielsen ratings make it clear that at least 140 million Americans were doing something other than watching Elvis’s special. At least Overstock.com didn’t repeat the often written but preposterous contention that 1.5 billion people (over 1/3rd of the world’s population) watched the “Aloha” special by satellite.

Of course, the underlying claim in the above statement is that Elvis’s 1973 televised Hawaii concert was an event of greater historical significance than man’s first walk on the moon. I guess what really bothers me about such absurd notions being spread by otherwise well-meaning Elvis fans is that they deflect the focus from where it really should be—on Presley’s incredible accomplishments in the entertainment business.

Despite its few minor factual missteps, I applaud Overstock.com for the creation and posting of its Elvis infographic during Elvis Week 2011. It’s nice to see that 34 years after his death Elvis Presley still merited such respectful treatment in American popular culture. — Alan Hanson | © August 2011 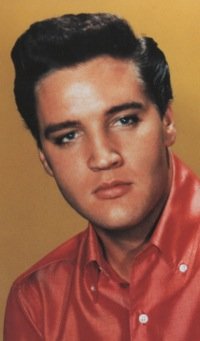 "The infographic acknowledged that some of the trivia in the graphic might not be completely true." 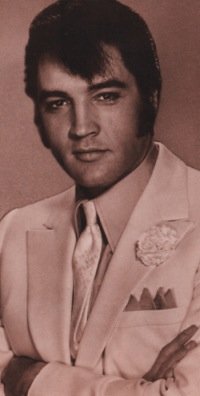