“Elvis is a fad.” “He won’t last.” “He can’t sing.” “His act is immoral.” “He’s harming our kids.” These are just a few of the accusations that were commonly hurled at Elvis Presley in newspapers as the singer took his stage show from town to town in 1956. Of course, some journalists then saw the Presley phenomenon as harmless, and a few even praised him. The majority, though, saw Elvis as a real threat to America’s moral fiber in the mid-fifties and voiced their indignation in the wake of his passage through their communities.

Knowing as we do now of Presley’s long, successful career, there’s a temptation to sneer at those condescending reporters in the fifties and say, “I told you so!” Really, though, there’s no need to react angrily to them. Aside from the fact that most of them are dead now anyway, what they wrote was not of life-and-death proportions, nor did it derail Elvis’s career in any way. In fact, their negativism increased his notoriety and inspired him to prove them wrong.

Actually, instead of giving offense, the reporting about Elvis in the fifties can at times be quite humorous. For example, consider several articles that appeared in the Sioux City Journal during the days following Elvis’s appearance in that Iowa town on May 23, 1956. Writers of a concert review, an editorial, and a letter-to-the-editor all condemned Elvis. Even Elvis fans should be able to put aside their righteous anger and see the humor in the newspaper’s rants.

We’ll start with Marjorie Howe’s concert review, published in theJournal on May 24, 1956. The headline read, “Teenagers Like Presley’s Antics—But Others Do Not!” Miss Howe clearly was in the latter group. “His performance was the most disgusting exhibition this reporter has ever seen,” she declared. “Elvis Presley is the male counterpart of a hoochee-koochee dancer in a burlesque show. The writhing goes on while Presley is singing Blue Suede Shoes or Hound Dog, but his frenzied singing and guitar strumming are only incidental to the act. In fact, the singing can barely be heard above the crowd noise for every paroxysm brings a fresh outbreak of shrieks from the audience.”

Howe took time off from her criticism of Elvis’s act to censure the singer’s appearance. “He has a sulkey look and his infrequent smile is almost surly,” she observed. She added (Elvis fans, take a deep breath now), “He wears long sideburns and is beginning to get fat.”

Four days later, on May 28, an editorial about Elvis appeared in theJournal. It began, “Elvis Presley [is] the young man who came from out of nowhere with his strange contortions and his nerve-shattering voice.” The unnamed writer continued, “It’s the Frank Sinatra, Johnny Ray ‘whistle-and-holler’ act all over again … We have heard, meanwhile, considerable grumbling from the young Presley fans over what The Journal’s music critic had to say about Elvis’ ‘burlesque’ performance at the municipal auditorium the other night. It may be a sign we’re getting old, but the review hit the proper note as far as we’re concerned and in the opinion of others in the older generation who have voiced their opinion on this important subject.”

If the writer of the piece felt putting Elvis in his place was an “important subject,” he certainly was getting older, and out of touch with reality as well. Anyway, he went gleefully on to predict the imminent decline of Presley’s influence. “We are happy to report that all is not lost,” he declared. “Like others before them, the teenagers can recognize the beauty in the musical scores that have been enjoyed through the years by millions of music lovers, music that will be played long after the Elvis Presley fad has gone the way of all fads.”

In the Journal’s Sunday edition of June 3, 1956, the paper ran a letter from Rev. Glee E. Lockwood in its “Public Forum” column. The good reverend noted that he had read with “vital interest” Marjorie Howe’s report concerning the “screaming reception” for Elvis at the city’s auditorium. He then commended the paper for “getting to the general public and young people of Sioux City the most real side of the Elvis Presley program—the side that does not appear amid the commercially controlled theatrical and T.V. billings.”

The clergyman closed his letter with a righteous stand against the Presley scourge sweeping the land. “I am forever and eternally against such programs being laid at the feet of our Sioux City young people,” he declared, “and will do everything in my power to counteract such influences.”

In an attempt to appear fair, the Journal printed one letter from a young Elvis fan to balance the deluge of anti-Elvis rhetoric it had already put forth. Teenager Lorraine Hafits provided an assessment of Elvis that was far more reasoned than any that the paper had already published. “We must realize that Elvis Presley is just the latest rage,” she explained. “He will last only as long as the public calls for him. He has his own style of expressing his songs as do other entertainers. I certainly would not use the word ‘disgusting’ for his appearance. As for saying Mr. Presley is getting fat or has sideburns, it is purely his own business and should not be ridiculed.”

If music critic Marjorie Howe, the Journal editorial board, and Reverend Lockwood were in a huff over Elvis’s appearance in Sioux City on May 23, 1956, they must have been completely outraged two weeks later when Elvis the Pelvis performed his infamous TV version of “Hound Dog” on the Milton Berle Show. I’ll bet another round of humorous indignation appeared in the Sioux City Journal the next day. — Alan Hanson | © December 2009

Reader Comment: I remember seeing Elvis at the Sioux City Auditorium in 1956. I was 15 at the time with several other "kids" and we were way up in the balcony. I remember the girls on the ground floor screaming a la Sinatra years before. I remember the Jordanaires but I don't remember any other opening act. I was reminiscing recently, remembering the day the music died in Mason City, Iowa, and I remembered the various articles in the Sioux City Journal about Elvis being a flash in the pan. I thought I saved a copy, but I can't find it. Then I found your blog, and everything I remembered was true. I also had friends that remembered seeing Elvis at the Louisiana Hayride in Bossier City; before he was "famous"! — Stan 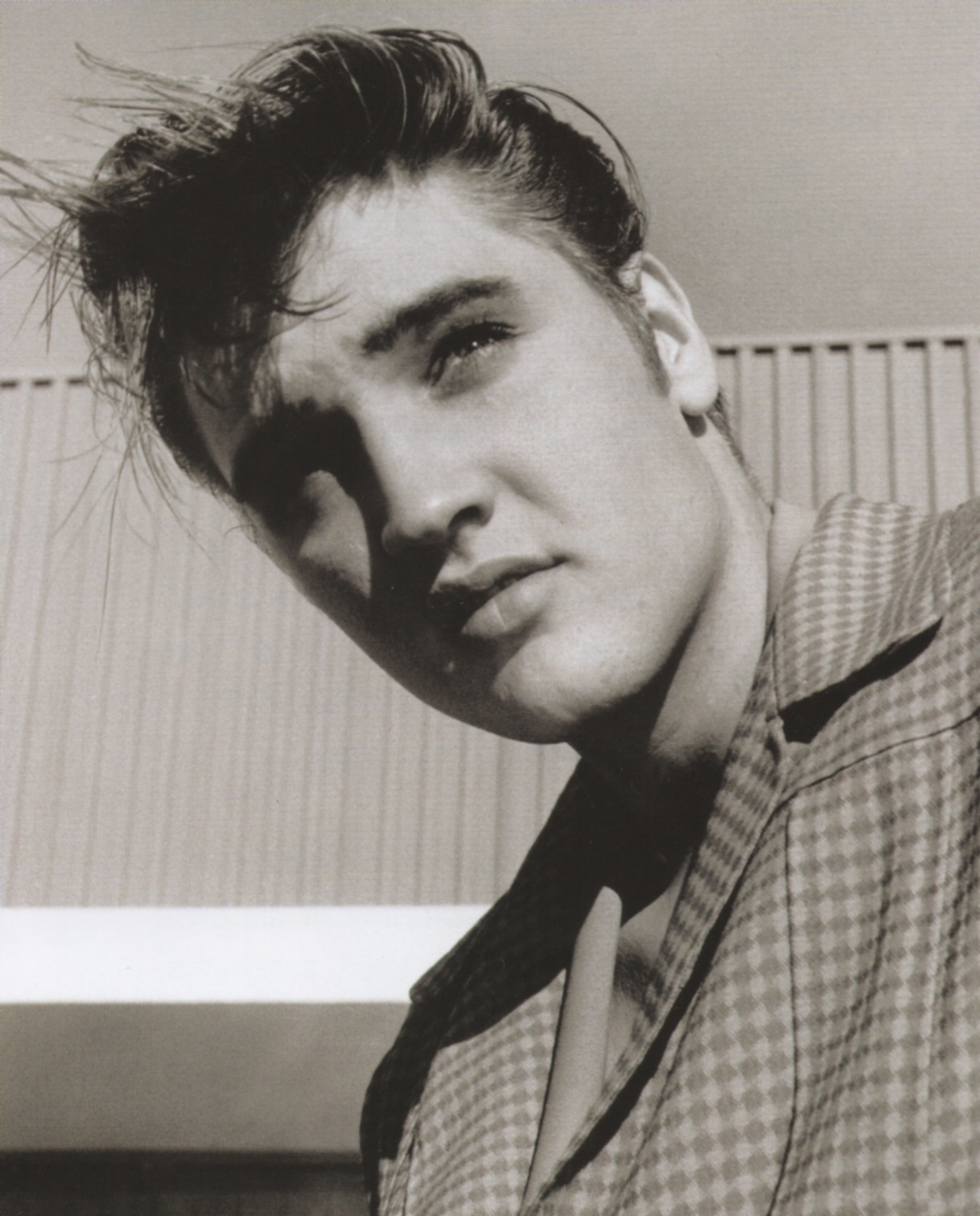 "His performance was the most disgusting exhibition this reporter has ever seen. Elvis Presley is the male counterpart of a hoochee-koochee dancer in a burlesque show."