A Review of George Klein’s
"Elvis: My Best Man"

Back in 1957, as I began research for my book on Elvis Presley’s 1957 concert tours, one of the people I wanted most to interview was George Klein. As a friend and traveling companion, he had accompanied Elvis and witnessed all of the press conferences and performances Presley gave in the 18 cities he visited that year. Unfortunately, I was never able to contact Klein, and so Elvis ’57: The Final Fifties Tours﻿ went to press without his input.

Unlike many other Elvis associates in 1957—including Scotty Moore, D.J. Fontana, Lamar Fike, and Alan Fortas—who had recorded their memories of touring with Presley, George Klein, who probably spent more time with Elvis than anyone outside of his family that year, had never written a book that I could use as a source. I always wondered why he hadn't joined the dozens of others who flooded the market with their personal remembrances of Elvis following his death. 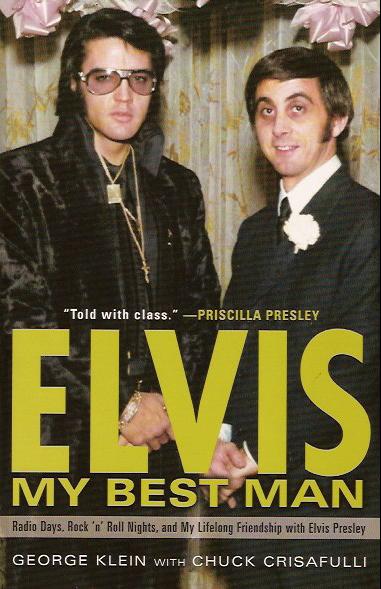 In 2010, however, 53 years after he first went on tour with Elvis, George Klein’s retrospect, Elvis: My Best Man, was published. Why did he wait so long? He explained in his Author’s Note:

"So much has been written and said about Elvis Presley that for a long time I didn’t feel the need to add my own book to the clamor. After Elvis’s death, I was offered a fair amount of money to write a 'tell-all,' but that wasn’t the story I had to tell. Now, though, I’m old enough to know that I won’t always be around to speak of the Elvis I knew … I also feel that, as much as Elvis has been examined as a pop-culture icon, some important things about him have been missed."

In the opening pages, Klein revealed his pro-Elvis bias. “He was a real guy, and a real friend,” Klein notes. “He was also one of the smartest men I’ve ever met, and his deep, natural intelligence is something that doesn’t get discussed nearly enough … I want this book to stand as a tribute to a man who was a founding rock ’n’ roller and a phenomenal entertainer.” For the most part, then, Elvis: My Best Man paints a positive image of Presley. However, from time to time Klein delves into some of his friend’s darker moods and bizarre behaviors. What emerges is a provoking portrayal of a man who was both larger than life and an ordinary human being. Klein’s depiction of Elvis is unique and was well worth waiting for.

It should be understood up front, however, that Elvis: My Best Man has a certain weakness throughout. When I first asked Jordanaire Gordon Stoker for his help with Elvis '57, he warned me that fifty-year-old memories, including his, are, at times, undependable. George Klein admits up front that his primary source is personal recall. “I’ve had to rely on memory,” he acknowledges, “and I’ve made every effort possible to make sure my memory lined up with the well-documented facts of Elvis’s life.”

Regrettably, though, on several occasions “every possible effort” was not made to check his memory against the public record. For instance, Klein’s recollections of the legal events following Presley’s Memphis street encounter with a marine private in October 1957 are not supported by contemporary accounts in local newspapers. The same can be said about Klein’s version of the egg-throwing incident at a 1957 Presley show in Philadelphia. The reader of Elvis: My Best Man, therefore, must keep in mind that some of the specific details Klein offers about events of 50 years ago may not be completely factual. The author admits as much about his quotations: “Quoted material in this book may not be a literal transcription of what was spoken, but it’s what I remember hearing or saying.” The spirit and significance of Klein’s descriptions of events, however, are convincing, even if the exact details are sometimes inaccurate.

In the book, Klein approaches Elvis from a unique dual perspective—as both a friend and a fan. “There are really only a very few of us who knew him as a friend,” he declares. “I think I realized that no matter how close to this guy I was as a friend, nothing was ever going to stop me from being an absolute fan, too.” Klein knew Elvis from when they both sat in the same Humes High School classroom in 1948 until Elvis’s death 29 years later. He was a witness to and often a participant in many of the important events in Presley’s life—including his 1957 tours, his wedding, his 1969 Memphis recording sessions, his return to the Las Vegas stage, and even his funeral. 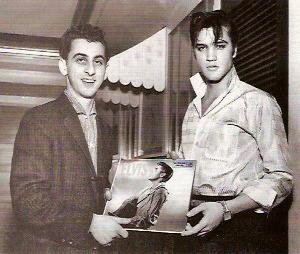 In addition to his perspective on these major events, in Elvis: My Best Man, George Klein relates many new anecdotes, observations, and insights about Elvis, all presented with compassion for the subject and occasional humor. His collaborator, Chuck Chrisafulli, described on the back cover as a “veteran entertainment journalist,” handled his editing duties well. From beginning to end, the reader hears George Klein’s voice clearly. (Perhaps, though, Chrisafulli could have explained to George that when your name’s on the cover, you don’t have to preface every opinion with “I think … ”)

After an introduction describing a January 1969 gathering at Graceland, Klein tells his story chronologically in 16 chapters and an Epilogue. After relating his high school memories of Elvis, he jumps forward to his first professional encounter with Presley at a Memphis shopping mall event in 1954. Klein, who had a radio job working with Dewey Phillips, was spinning records at the opening and Elvis was there to entertain. Over the next couple of years, the two would connect occasionally when Elvis came to the radio station or they would meet at social gatherings. George recalls a meeting at a Memphis club in December 1955. “GK, Dewey—come over here,” Elvis called. “I want y’all to hear this new song I’m gonna cut.” They both listened in awe as Elvis played the piano and sang “Heartbreak Hotel.” That’s just one of dozens of interesting anecdotes in Elvis: My Best Man.

After losing his radio job in spring 1957, Klein officially entered Elvis’s world when he was hired on as a “traveling companion.” Elvis gave the job description: “You don’t have to do nothing but be with me.” George felt that Elvis’s mother was happy to have him around: “With all that was happening to her son so quickly, and with all the smiling strangers he was suddenly doing business with, I think she was relieved to see her son with a Humes High classmate.”

George Klein’s first job was to accompany Elvis on his tour of the Mid-West and Canada in spring 1957. “I was trusted with carrying the new gold-leaf suit,” he recalls. “When I got separated from Elvis before a show, the only way I could get through the backstage security was to unzip that bag a bit and show a flash of his gold suit.”

During that tour, and other that followed, Klein was assigned another important responsibility by his employer: “As best talker, Elvis wanted me to go into the audiences during intermission, scout out the best-looking girls I could find, and invite them back to our hotel for a party.” For the rest of Elvis’s life, he counted on George to provide him with suitable women. In Elvis: My Best Man, Klein recalls how he introduced Anita Wood, Linda Thompson, Ginger Alden, and many others to Elvis. “Elvis wasn’t just looking for women to pull into bed,” Klein explains. “He wanted to meet a woman he could relax with, open up to, and share some special time with.”

In late 1957, Klein says he left Elvis’s employment to revive his radio career. Although he would remain in Elvis's life on and off from then on, it appears George was never again officially on Elvis’s payroll. Through the coming years, though, while working in radio and TV in Memphis, George Klein was Elvis’s closest friend. He writes about the Graceland parties, the late-night movie showings at the Memphian, and evening drives in December with Elvis to view Memphis Christmas decorations. He shares interesting anecdotes, like spying on Elvis and Ann-Margret’s private dinner and Elvis’s jam session with Jerry Lee Lewis at Graceland. He gives his take on Elvis and Priscilla’s marriage, and reveals his respect for Sam Phillips, his frustration with Colonel Parker, and his acceptance of Red West’s heartfelt apology.

Then there are all the gifts that Elvis gave George. “After all these years, I knew that one of Elvis’s greatest pleasures in life was to give to others,” he explains. “I knew that turning down his gifts could really hurt his feelings.” Among the gifts he received were a Cadillac convertible, a pair of gold-plated derringer handguns, a gem-studded ring, a Hawaiian vacation, a nose job, and a face-lift.

In the closing chapters of Elvis: My Best Man, George Klein seems compelled to explain why he and the others nearest Elvis didn’t take steps to halt Presley’s self-destructive behavior. At first, he says he was naïve about Elvis’s medications, believing they just weren’t a problem. “For all the things we shared with each other and for the amount of time I was in his home,” Klein explains, “he must have made a conscious effort to keep that part of his life separate from our friendship.”

Starting with Elvis’s lackluster performance on his 1973 Aloha special, George says he and others began noticing Elvis’s lapses. Not wanting to admit he was struggling, their response was to make excuses for him. When Elvis was hospitalized in January 1975, Klein saw it as an opportunity for him to get healthy again. Dr. Nick, according to George, struggled mightily during this period to get Elvis’s prescription medicines under control. “Maybe Elvis should have heard some harder truths from us,” Klein reflected, “but I couldn’t stop feeling that I wanted to protect him.”

• “We all should have been more worried about his health … ”

Still concerned about Elvis’s pride, George Klein was shocked by Elvis’s death. “I see now that we shouldn’t have let that be a concern,” he recalls. “We all should have been more worried about his health and less worried about whether we’d continue to be welcomed through the Graceland gates.” Looking back, though, Klein concluded that only two people had the power to save Elvis—Vernon and the Colonel.

It’s hard to believe that after the passage of so much time and the publication of so many books by so many Elvis insiders, both real and pretenders, that someone could still come forward and add so much to the heritage of Elvis Presley. Even allowing for the defects in details, the residue of memories over half a century old, in Elvis: My Best Man, George Klein does just that. It’s a volume that belongs on every Elvis fan’s bookshelf. And that reminds me—I’ll have to revisit my recommendations for the 10 best books in an essential Elvis library. Let’s see … which title shall I remove so that Elvis: My Best Man can take its rightful place on the list? — Alan Hanson | © December 2012

"What emerges is a provoking portrayal of a man who was both larger than life and an ordinary human being. Klein’s depiction of Elvis is unique and was well worth waiting for." 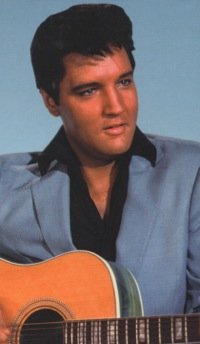