Elvis with the Royal Philharmonic:
Keeping Elvis Relevant or Tarnishing His Legacy?

“There are lots of irrelevances from the slimy underbelly of the ‘Elvis World’ we ignore like the plague here … The RPO releases are just something else to add to this ever-growing shit list. To those who think otherwise—so be it. Here at EMM we’ll continue to concentrate on the things that really matter.”— Editorial | “Elvis: The Man and His Music” #114 | December 2016

I’ve been a long-time fan and reader of “Elvis: The Man and His Music” (EMM), a magazine published in England. The publication’s commitment to historical honesty about Elvis’s life and career tends to parallel my own approach. No sugar coating there or here. However, unfortunately, over the past couple of years, it seems the mood at EMM has turned a shade darker and a bit indignant and intolerant. 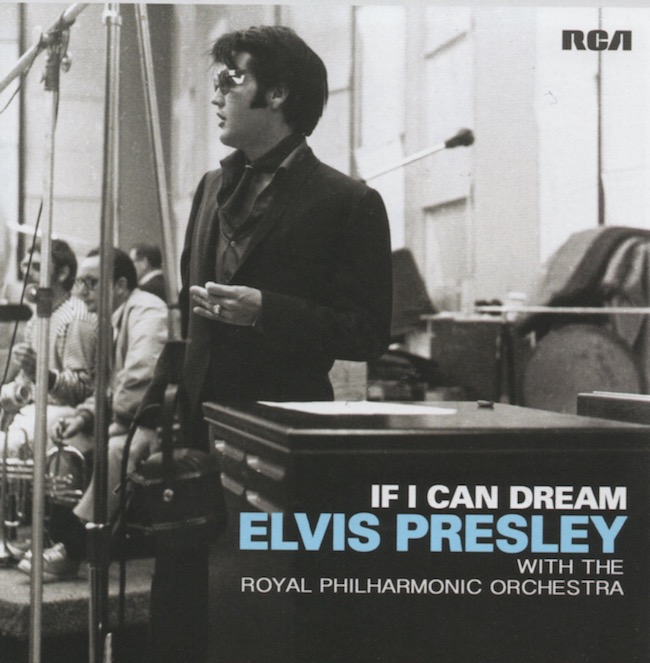 A case in point is the magazine’s reaction to RCA Records’ recent three compilations of Elvis Presley’s vocal recordings accompanied by orchestral arrangements by the Royal Philharmonic Orchestra (RPO). The first volume, “If I Can Dream,” with 14 tracks, was released in October 2015. The second volume, “The Wonder of You,” with 15 tracks, was released in October 2016, followed in September 2017 by Christmas with Elvis and the RPO.

The first two volumes have had surprisingly strong commercial success. According to Wikipedia, as of September 2016, “If I Can Dream ” had sold 1.6 million copies worldwide, withover 90 per cent of the total in The United Kingdom. “The Wonder of You” didn’t do as well, but still has sold over half a million units to date, again with the vast majority being in the UK.

In December 2017, Graceland’s Blog page listed awards won by the first two Elvis-RPO albums as one of “Graceland’s Top 20 Moments of 2017.” The blog reported, “At Elvis Week, Priscilla Presley accepted new Gold and Platinum Awards for Elvis’ two albums with the Royal Philharmonic Orchestra, ‘The Wonder of You’ and ‘If I Can Dream.’ The awards are now on display at—where else?—Elvis: The Entertainer Museum.” A photo of the two huge awards being displayed on stage accompanied the announcement. 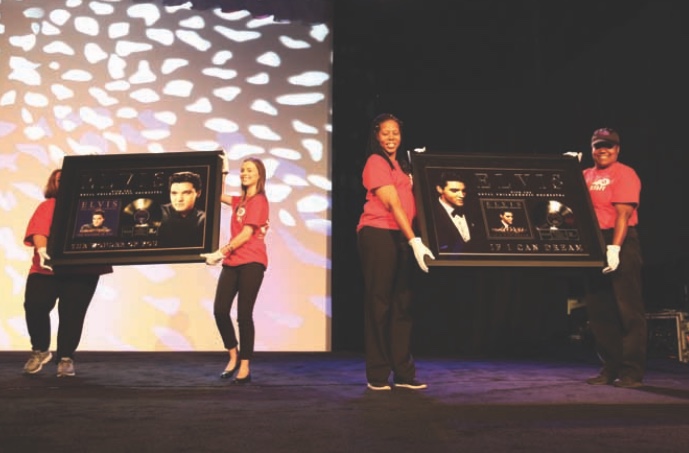 When producers Nick Patrick and Don Reedman first approached Priscilla with the RPO project, she reportedly gave it her enthusiastic support. “I thought,” she later said, “this would be an album Elvis wanted to do. He loved the big sound and fullness of an orchestra.” The Royal Philharmonic recorded their arrangements at Abbey Road Studios in London, with Patrick and Reedman later overseeing the mixing process with Elvis’s vocals.

In December 2015, an EMM editorial entitled simply, “Why?” jumped all over the recently released “If I Can Dream” compilation. “These new ‘arrangements’ rip the guts out of the original recordings of things like ‘Burning Love’ and ‘Steamroller Blues,’ whilst over-orchestrating other selections with what sounds like incidental music from an episode of ‘Downton Abbey’ … It’s poorly mixed, too, and some of the string lines are amateurish at best.”

The editorial writer saw greed as the genesis of the RPO project. “It speaks volumes about how desperate—but at the same time clueless—Sony/EPE (Elvis Presley Enterprises) are when it comes to Elvis. It seems to me they’ll go to ANY lengths in an attempt to make money from buggering up his recorded legacy in any way.” The author then aimed his ire directly at Priscilla Presley. “Priscilla, of course, heads up EPE, which embraces Elvis impersonators and flogs ‘memorabilia’ so tacky … EPE’s love of the almighty dollar knows no bounds … And who’s been speaking to the press to promote it? Ex-wife Priscilla, whose knowledge of music matches my understanding of the inner workings of the Trans Siberian Express railway timetable.”

Priscilla, indeed, had put herself out front in full support of the RPO projects. In a “Rolling Stone” interview, she noted that keeping Elvis relevant was at the heart of the initial RPO compilation.

"Our culture and music has changed so drastically, I think that we have to keep [Elvis] right in line and do whatever we can to keep him current. This would be a dream come true for Elvis. He would have loved to play with such a prestigious symphony orchestra. The music … the force that you feel with his voice and the orchestra is exactly what he would have done."

After the release of the second volume a year later, she expanded her remarks.

"Elvis always loved the great, operatic vocalists. We often talked about his interest in recording material that allowed him to perform in that space. It's exciting to hear him on these recordings, performing with the world-class Royal Philharmonic Orchestra via the magic of Abbey Road Studios. He would have loved these performances and I'm very happy that we were able to make this dream come true for Elvis and his fans."

• What next Priscilla, oh wise one?

The EMM editorial writer continued to lay the lash to Priscilla back. “She also keeps banging on about keeping Elvis ‘current’ and ‘relevant.’ Why? And how? He’s dead. Is putting an orchestra behind him really going to make him ‘current’ and “relevant’? … So Priscilla is now the official spokesman for Elvis’ thoughts? Jeez … What next, oh wise one?” 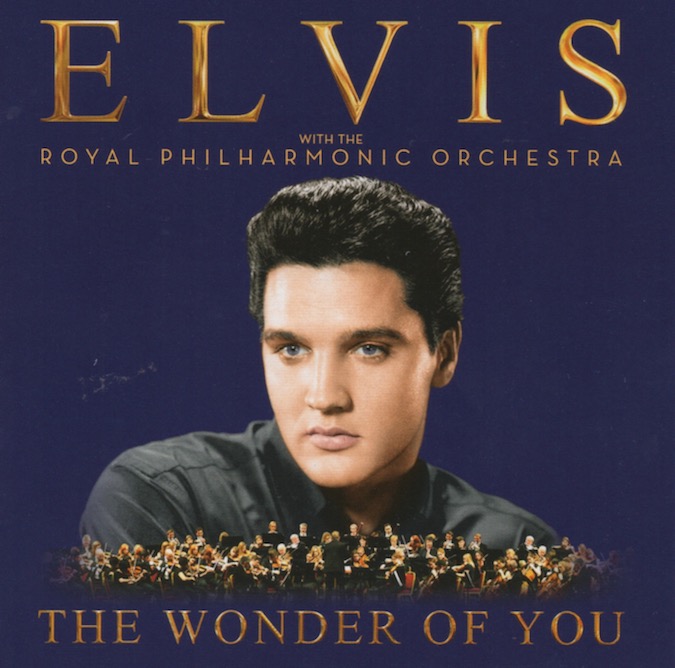 Obviously, EMM didn’t like the RPO compilations, and neither did its readers who weighed in on the issue in the magazine’s “Shout It Out!” column.

OK, you don’t like it, so don’t buy it. Right? But the EMM publisher and readers wanted more than that. They didn’t want anybody to have the right to buy the RPO compilations. “So it’s topped the album chart,” the editorial declared. “So what? That doesn’t make it right. Just because such a thing could be done doesn’t mean it should be done.”

Apparently, at EMM it’s all about safeguarding Elvis’s musical legacy. “Opinions on ‘If I Can Dream’ on social media have been mixed, with some deluded divvies even claiming the new versions to be better than the originals,” the editorial observed. “More right-thinking folk, however (i.e. those who actually care about the man’s recorded legacy and aren’t mad) have spoken about its pointlessness and overall naffness.”

• Some fans should take up basket-weaving

Up to this point, I had no real dispute with EMM’s obviously strong feelings about the RPO compilations. The magazine certainly had a right to express its opinion, something it has never been shy about doing concerning Elvis matters. But other Elvis fans have the right to disagree, wouldn’t you think? But here’s where I have to question EMM’s deportment. To it, and many of its readers, if you disagree with them on this issue, you’re not “right-thinking folk,” you don’t “care about the man’s recorded legacy,” and you’re “mad.” The EMM editorial in 2015 declared, “The original recordings are what it’s all about, and if they don’t float your boat then you best take up basket-weaving.” The charge is clear. If you like the RPO recordings, if you support their release, if you purchased one, then you don’t care about Elvis’s legacy.

I’ve considered myself a “real” Elvis fan for 56 years now, but EMM will undoubtedly demand I turn in my membership card, as I purchased both “If I Can Dream” and “The Wonder of You.” I wasn’t wild about them; I ignored them for a long time; but one day I was in Walmart and saw “If I Can Dream” on sale for only eight bucks. So, what the heck? I picked it up. Maybe there’ll be something on it that’s interesting.

Here’s what I found. I agree with EMM that songs like “Burning Love” and “Steamroller Blues” sound downright goofy with RPO backing, and I never again need to hear Michael Bublé singing along with Elvis on “Fever.” However, there were three RPO songs that I put on my Presley ballads playlist—“There’s Always Me,” “Can’t Help Falling in Love,” and “The Grass Won’t Play No Mind.” The latter I actually like better than Elvis’s original recording, which has bland instrumentation, in my opinion. The only track I pulled off of “The Wonder of You” was “Starting Today.” It has always been one of my favorite Elvis ballads, and I have to say I like how the RPO mix extends Elvis’s original recording by over a minute by repeating the second half of the song.

From time to time, then, I’ll be listening to those four Elvis ballads from the RPO compilations. I haven’t deleted Elvis’s original versions of those four songs from my playlist. I’ll still be listening to them, too. Sorry EMM, I won’t be taking up basket weaving. Buying two RPO CDs neither destroys Elvis's legacy nor makes me less of an Elvis fan. — Alan Hanson | © January 2018