As Glenn Tyler in Wild in the Country, Elvis Presley took on the most challenging dramatic role of his film career. Only during a couple of short musical scenes was Elvis able to take a break from his role’s histrionic demands. For Presley, the role must have seemed a logical step forward in his dream of becoming an accepted dramatic actor. Unfortunately, the major film critics, who had given Elvis passing grades for improvement in his previous films, were nearly unanimous in their opinion that Elvis’ reach exceeded his grasp in Wild in the Country. 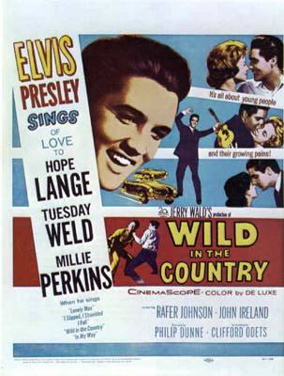 On the surface, it appeared this character was right up Elvis’ alley. After all, he was playing another angry, young man, something he had done with moderate success in five of his six previous movies. But portraying Glenn Tyler was much more challenging than Danny Fisher in King Creole or Pacer in Flaming Star. Each of those characters developed in a straight line, while Glenn Tyler continually vacillated back and forth between anger, understanding, self-pity, and tenderness.

According to the film’s reviewers, Elvis had two strikes against him from the start. The premise of the film was simply not believable. Writing in The New York Times, on June 10, 1961, Bosley Crowther lamented, “In this seamy, sentimental lot of nonsense … our nemesis plays a kid who has all the education and social presence of an underprivileged resident of Tobacco Road … Nonsense, that’s all it is—sheer nonsense.” Variety’s review of June 14 was equally critical of the film’s storyline.

“Dramatically, there simply isn’t substance, novelty or spring to this wobbly and artificial tale of a maltreated country boy (Presley) who, supposedly, has the talent to become a great writer, but lacks the means, the emotional stability and the encouragement until he comes in contact with a beautiful psychiatric consultant (Hope Lange) who develops traumas of her own in the process … It is difficult to accept the character as a ‘potential literary genius’ and, for that matter, the lovely and sophisticated Miss Lange as a lonely, learned widow with surprisingly few male admirers but a penchant for resurrecting lost, young, boyish souls.”

In the Times, Crowther obviously felt Elvis should have stuck with a less challenging role. “Apparently the good, clean Elvis Presley who returned from the Army to the screen in ‘G.l. Blues’ was not what the teen-agers wanted the guitar-playing lover-boy to be,” Crowther wrote tongue in cheek, considering the financial success of that movie. “And so, in ‘Wild in the Country’ … Elvis is back as a problem for himself, the parole board and us.”

It is not surprising that Elvis’ acting in Wild in the Country impressed neither reviewer. Variety offered conditional praise. Considering the creaky plot Presley and Lange were given, the show biz publication allowed that, “It’s a credit to both that they do as well as they do. Presley, subdued, uses what dramatic resources he has to best advantage in this film.”

In keeping with his reputation for brutal honesty, however, Crowther announced that Elvis’ acting ability had headed in the wrong direction. “Mr. Presley, who did appear to be improving as an actor in his last picture [Flaming Star], is as callow as ever in this. The few times he sings are painful—at least they are to our ears—and his appearance is waxy and flabby. Elvis has retrogressed.”

Elvis sings so infrequently in Wild in the Country that it’s hard to believe Crowther’s sensitive ears were so offended. The informal duet with Lange, as the two drive along a country road, fits smoothly into the storyline, but the film’s other two numbers, “I Slipped, I Stumbled, I Fell” and “In My Way” do seem to have been gratuitously inserted to capitalize on Presley’s fame as a singer. That’s especially the case with the former number, the music for which just happens to be playing when Elvis turns on the radio in his uncle’s truck. The source of Glenn Tyler’s musical ability, which has nothing to do with the film’s story, is briefly credited to his long dead mother having taught him how to play the guitar. 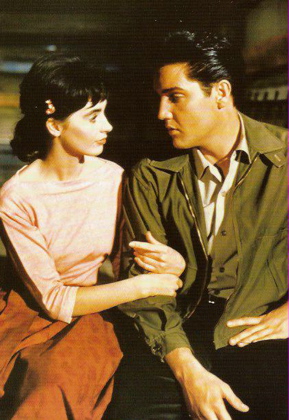 As usual to that point in his career, Elvis’ co-stars in Wild in the Country received better reviews than did the film’s star. Variety rated the other performances as follows:

“Miss Lange, for the most part, plays intelligently and sensitively. Tuesday Weld, steadily improving as an actress, contributes a flashy and arresting portrait of a sexy siren enamored of Mr. P. A third romantic entanglement is portrayed adequately by Millie Perkins, who returns to the screen after an almost 30-month absence since her debut as ‘Anne Frank’ … There is an especially fine supporting performance by William Mims [Uncle Rolfe]. Philip Dunne’s direction is responsible for several vivid, engrossing sequences. But the whole canvas is not stable or uniform. Some of the key scenes seem rushed, some of the lesser ones protracted.”

• Call me a “less discriminating patron”

Variety’s 1961 review opened with a slightly pompous and clearly condescending paragraph aimed at the average viewer of Wild in the Country. It reads in part:

“For the easygoing, less discriminating patron of the cinematic arts, ‘Wild in the Country’ should be acceptable as a slickly-produced, glamorously-cast hunk of romantic fiction that won’t trouble the mind when one leaves the theatre. What with Elvis Presley’s name to grace the marquee … the Jerry Wald production for 20th-Fox appears to be on safe commercial ground. But all this Simoniz cannot quite make a new car out of an old Model T.” 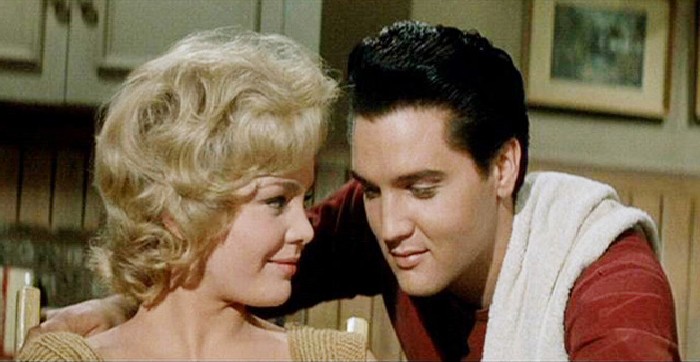 Call me a “less discriminating patron,” then, since I’ve rather enjoyed Wild in the Country on the several times I’ve viewed it over the years. Certainly, it was a stretch for Elvis as a serious actor. And the film itself is rather depressing, what with nearly every character in the end either dead, having tried suicide, romantically rejected, or just plain angry with everyone else. Still, I can’t get away from the fact that I’m an Elvis Presley fan. Is it pride I feel each time I see him attempt so much in Wild in the Country, even though he came up short, according to the critics?

If there’s one thing this movie reveals about Elvis Presley, it is that if he really wanted to be a serious actor, he needed to be willing to get some professional training. The on-the-job training route he chose simply did not produce results. Still, Wild in the Country is a mere footnote in his film career. His future in Hollywood was determined six months earlier with the financial success of the less challenging G.I. Blues. The door on his hopes of being accepted as a dramatic actor would be slammed shut by the phenomenal success of his next movie, Blue Hawaii. Wild in the Country will live on for Elvis fans as a testament to his courage as an actor in reaching for that golden ring, which, in the end, proved just out of his grasp. — Alan Hanson | © April 2008

"For the easygoing, less discriminating patron of the cinematic arts, Wild in the Country should be acceptable as a slickly-produced, glamorously-cast hunk of romantic fiction that won’t trouble the mind."