As with most significant historical figures, knowledge about Elvis Presley is boundless, obscure at times, and frequently open to dispute. And so, even though I’ve written a book, a dozen magazine articles, and over 200 blogs about him, I don’t consider myself an expert on Elvis. In fact, the more I learn about Elvis, the more I realize how much I don’t know about the man and his career. 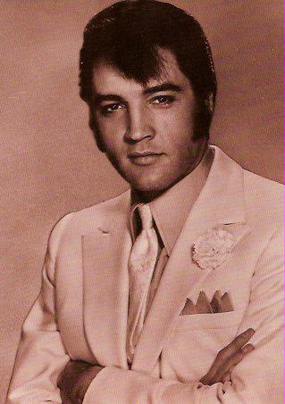 That is made clear to me each week when I read the questions readers of this blog ask me by using the “Comment” and “Contact Us” links on elvis-history-blog. com. Some ask my opinion on various Elvis topics, and to those I can usually respond fairly quickly. However, the majority ask factual questions, and, if I can answer them at all, it takes some time to research the topic in my library of Elvis books.

Up front, let me say that I greatly enjoy the questions and the feedback I receive from readers of elvis-history-blog. com. I try to respond to all who contact me, even if I can’t answer their questions. So I hope readers will continue to contact me with their comments and questions.

The only questions I discourage are those asking the value of Elvis collectibles. My response to the dozens of inquires that come in asking about the worth of Presley memorabilia is always the same … “Sorry, but I know next to nothing about Elvis collectibles. Put your item up for auction on eBay, and you’ll find out how much it’s worth.”

This week, though, I’ve decided to share a sampling of the questions I’ve received recently from readers, along with the answers I provided. For privacy purposes, the names of those posing the questions have been omitted. We’ll start with a few questions about Elvis’s movies and music, and then move on to some obscure and cryptic inquires.

• Question: Hi, I am a big fan and I want to know what street was the movie King Creole filmed on in New Orleans.

Answer: Location shooting for King Creole took place in New Orleans from March 3-11, 1958. The only evidence I have concerning the streets where filming took place is the location of various sites in the movie script. For instance, in the film Elvis and his family lived in an apartment at 29 Royal Street, so the opening of the movie may have been filmed on Royal Street. Also, in the film both the Gilded Cage and King Creole nightclubs were located on Bourbon Street, so it's likely some filming was done on that street as well.

• Question: I’m looking for the name of the song Elvis sang in Roustabout, when he was at the other carnival. The one he was singing when she went to get him to go back to her carnival.

Answer: In Roustabout, Elvis sang two songs while appearing at Carver's Combined Shows, which you refer to as the "other carnival" in your message. The first was "Little Egypt" and the second was "Big Love, Big Heartache." It was the latter song he was singing when Kathy came to try to talk him into coming back to her mother's carnival.

The spare song "Barefoot Ballad" that I bought on iTunes features a very present nose flute. But in the album "Kissin' Cousins" [original soundtrack] there is no nose flute in the above mentioned songs. For instance, it seems that in “Smokey Mountain Boy" it was replaced by whistling persons. Please, can you explain me this fact? Were there 2 versions of the songs? Were the ones used in the trailer some kind of draft of the ones used in the movie/album?

Answer: I viewed the “Kissin Cousins” movie trailer you mentioned and clearly heard the sound that you attribute to a nose flute several times. In this case, that sound was obviously overdubbed or added to the soundtrack of the trailer separately from the three songs you mentioned. There never was a nose flute sound on any recording of "Smokey Mountain Boy" or "Catchin' On Fast" that I know of.

It's different with "Barefoot Ballad," however. I pulled out the "Kissin Cousins" soundtrack LP, which I bought when it first came out in 1964, and played the "Barefoot Ballad" track. I could clearly hear the sound you described on that original issue of the song. I downloaded "Barefoot Ballad" from iTunes, as you did, and the nose flute sound was on that recording as well. I even watched the "Barefoot Ballad" production number on a DVD of "Kissin Cousins" and heard the sound on the video, although it was not as pronounced as on the record and iTunes audio tracks. So as far as I can tell, only one version exists of Elvis singing "Barefoot Ballad," and the nose flute sound is on all of them. If you have a version without that sound, it was probably removed for some reason from the instrumental track, which was recorded separately from Elvis' vocal in October 1963.

Incidentally, I checked Ernst Jorgensen's book on Elvis' recording sessions, and it indicates that the renowned saxophonist Boots Randolph played "jug" on the instrumental track for "Barefoot Ballad." So it appears that Boots created the sound in question, whether it was on a nose flute or on an empty moonshine jug.

Question: Can the Jailhouse Rock sequence from the movie be considered the first music video ever?

Answer: I suppose it could. It certainly stands up well by itself, separate from the movie. However, many other previous films contained production numbers that you could say the same thing about. It would be more accurate, to say the “Jailhouse Rock” sequence can be seen as the first rock 'n' roll music video.

• Question: I read your article on Elvis in Detroit and was surprised to see it didn't reference Elvis' December 31, 1975, concert at the Pontiac Silverdome. Was it left out because the article talked about his visits to Detroit and the Silverdome is in Pontiac? The people who live here use Detroit as a broad, all inclusive term encompassing (or referencing) many cities in the area, and I believe we would say that this concert would also be seen as one of his performances in Detroit.

Answer: You're right, of course. I should have included Elvis' appearance at the Silverdome in my article about Elvis in Detroit. It just didn't occur to me at the time. I was checking the list of Presley appearances and looking only for "Detroit." I'm going to post your comments at the end of that article, so that future readers will know that the Pontiac appearance should be credited as an Elvis show for Detroit. Thanks for setting me straight.

Question: Last night I saw once again in good quality the “Elvis in Concert” special from 1977. We all know that Elvis was in terrible physical shape, 7 weeks before his death. But, strange as it seems, in that 1977 concert Elvis to me seemed more alive than in the more celebrated “Aloha from Hawaii” concert. Why do you think?

Answer: When “Elvis in Concert” first aired in 1977, I watched it, of course, but I’ve never been able to watch it since. Elvis looked so bloated, and his beautiful voice was distorted for whatever reason. Like you, I could never understand why so many people consider Elvis' Aloha concert such a great performance. When I watched it on its first broadcast in 1973, I was very disappointed. For most of the time, Elvis just stood still while singing. No movement, no emotion. I can’t explain why he seemed so dull. Perhaps it was the drugs. It’s known that he had to virtually starve himself for months to get his weight down for the Hawaii show.

• Question: I have two questions. Do you know of an Elvis song with words similar to “kiss me now, and remain beautiful for life”? And in which film does Elvis sing “You're the Devil in Disguise”?

With your first question, you’re probably thinking of “Young and Beautiful” from the movie Jailhouse Rock. The lyrics to the first verse are:

You’re so young and beautiful,
And I love you so.
Your lips so rare, your eyes that shine,
Shame the stars that glow.

So fill these lonely arms of mine,
And kiss me tenderly.
Then you’ll be forever young and beautiful to me.

I don’t recall Elvis singing “Devil in Disguise” in any of his movies. He certainly didn’t sing it in any of his 31 theatrical films.

Question: I'm a fan of Debra Paget. Is she still living? If possible could I contact her?

A: As of November 2022, Debra Paget, at the age of 89, lives a secluded life out of the spotlight. To maintain a degree of privacy, she has retained her most recent husband’s name, although they have been divorced since 1980. As for contacting her, take note of the following reference to her posted on the internet in 2004:

“As Debra G. Kung, she resides in Houston and is quoted saying, ‘I don't want to be contacted by anyone about anything.’"

• Question: A woman wrote a book claiming to have a secret daughter with Elvis. She was interviewed on “Oprah.” I cannot find any mention of this book and I have lost my own copy over time. What was it called?

Answer: Don’t know; don’t care. This is elvis-history-blog, not elvis-gossip-blog.

Question:  I know someone who says they are Elvis' son. I am not sure if I should believe him or what. He lives in West Plains, Missouri. Would you like more information?

• Question: I am writing a research project on the changing attitudes towards sex in pop music, and I was wondering if you could tell me a little about the attitudes towards the 'sexual' performances by Elvis in the 50's.

Answer: Elvis' effect on sexual attitudes in the fifties was quite confusing and frightening to many adults. Journalists, civic leaders, and clergymen all commented about it as Elvis appeared on TV and on stage in dozens of communities in 1956.

I suggest you read the following article posted on my site. It gives some insight into why young women reacted sexually to Elvis during those years.

• Question: Would anyone know if Elvis kept in touch with Sam Phillips in the 60's and 70's? If not, what were the reasons?

Answer: In an article in the Memphis Commercial Appeal soon after Elvis' death, Sam Phillips said Elvis called him in 1968 and wanted him to come out to California for the taping of his “Comeback Special.” So it appears they remained on friendly terms over the years. I doubt, though, that Elvis and Sam got together very often. Elvis built walls, both physical and emotional, that kept out most of his acquaintances from the early days. | Alan Hanson (© September 2012)

"Soon after Elvis' death, Sam Phillips said Elvis called him in 1968 and wanted him to come out to California for the taping of his “Comeback Special.” So it appears they remained on friendly terms over the years."